By now it is well known that we must transition to renewable energy as quickly as possible in order to avoid the worst impacts of climate change. The terms of that transition and the opportunity to make energy cleaner, fairer, and more democratic are now central to so much of Healthy Gulf’s work, including here in Florida. Floridians are continuing the fight to transition to clean energy and decentralize utilities in their communities.

Almost all of the electricity that powers homes in Florida comes from the burning of natural gas—most of which comes from the destructive process called fracking. Natural gas is a terrible driver of climate change because so much of it leaks during drilling and distribution, and the methane that is released is 25 times more potent than CO2.

Many utility companies are starting to transition to clean energy because solar and wind are now cheaper than fossil fuels in most of the country, but they are not transitioning fast enough to meet the goals of a dozen Florida cities that are committed to renewable energy. The pace of transition for utility companies is dictated not by what’s best for the planet, but rather what is best for maximizing profit for their shareholders. That is the nature of a for-profit corporation.

The energy issue today is not whether to invest in renewable energy, but how quickly we do so and who controls that energy. These issues have blown up in recent months in Florida

Currently, the City of Pensacola is in negotiations with Florida Power and Light (FPL) for a new franchise agreement that gives the utility the exclusive right to operate in the city. Before signing a new 30-year agreement, one Council member proposed a feasibility study looking at having the city create its own electric utility as is the case in 33 cities in FL. After intense lobbying against the proposal by FPL, the Council did not go that route for now. Despite this, the discussion gave the community insight into the tactics FPL has used to maintain a stranglehold on its electricity.

As local residents looked into the record of FPL and how they conduct business, they found multiple scandals ranging from FPL’s offer of a job to a Jacksonville City Council member if they would resign, a scheme to curry favor with elected officials by donating to their favorite charities, and funding and coordinating multiple “ghost candidate” schemes in which sham candidates are entered into elections to confuse voters into electing the candidate of FPL’s choice.

Next came a large rate increase for FPL customers in NW Florida that took effect in January, causing a massive public outcry as bills spiked and family budgets were stretched further. A petition asking for the increase to be overturned quickly grew to over 18,000 signatures. This increase was approved last summer by the state’s Public Service Commission, which is widely seen as “captured” by Florida’s monopoly utilities. Utility giants have been known to use campaign contributions to control who gets appointed to the Commission to make certain that those members are sympathetic to their needs.

Then came the Florida Legislature’s attack on net metering, which is the program under which homeowners and business owners with solar systems are reimbursed for the extra electricity they produce and sell to the utility. Rather than do an independent study to determine a fair rate of compensation, the Legislature—with a bill written by FPL—passed Legislation to greatly reduce the amount of compensation paid. This will have the terrible impact of reducing the number of solar systems installed on the rooftops of millions of Florida homes and businesses. Again, it’s all about the control of energy, and monopoly utilities want to have complete control—to the detriment of communities working to act on climate change.

Florida and our nation need as much rooftop solar as possible because every solar panel on a rooftop is one that does not have to be out on the ground in the form of utility-scale solar. While such large solar operations are a necessary part of the clean energy future, they occupy land that would otherwise be forest or farmland—two land uses that need to be preserved. Rooftop solar also allows residents more control over their own energy and can make communities more resilient and less vulnerable to disruptions that are all to common in large centralized systems.

There’s also the democratic nature of rooftop solar, in that it helps to bring energy production out into communities and into people’s homes and businesses. It gives people some amount of control and independence over their energy, which helps to meet a basic human desire to be in command of our own lives. 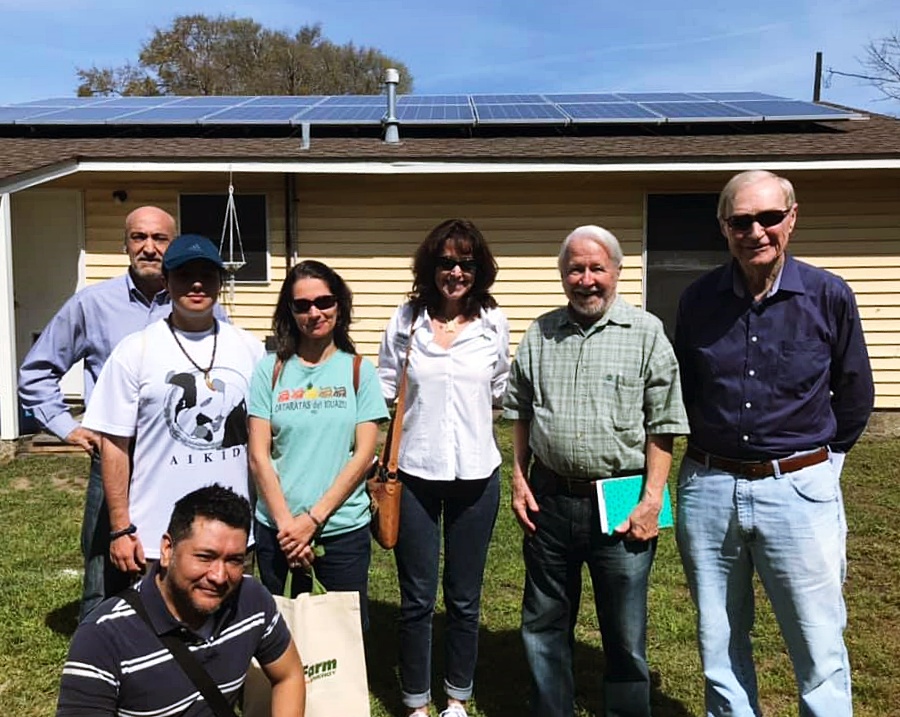 Healthy Gulf’s work has always involved resisting dirty energy, it’s now an exciting new challenge and opportunity to engage around a just transition to renewable energy. That means bringing clean energy to our communities in a way that is fair and empowering to the people who live there, which is a key tenet of the Gulf South for a Green New Deal effort that is linking communities from Texas to Florida. The clean energy future is here, and we need to do everything we can to decentralize utilities and transition to clean energy.