The morning of the LNG Conference/Trade Show/Cheerleading Event was kicked off with four keynote speakers.

US Senator Bill Cassidy (R) reminded us that he’s a medical doctor, and he spelled out his theory of how LNG exports are a golden ticket for economy and environment. In fact, Sen. Cassidy says, we HAVE to have gas as a fuel, because “you can’t rely on renewables for 100%” of your energy requirements. Needless to say, he didn’t mention the medical perspective on one in five people on earth will die from fossil fuel pollution (1), which LNG export terminals spew with abandon. 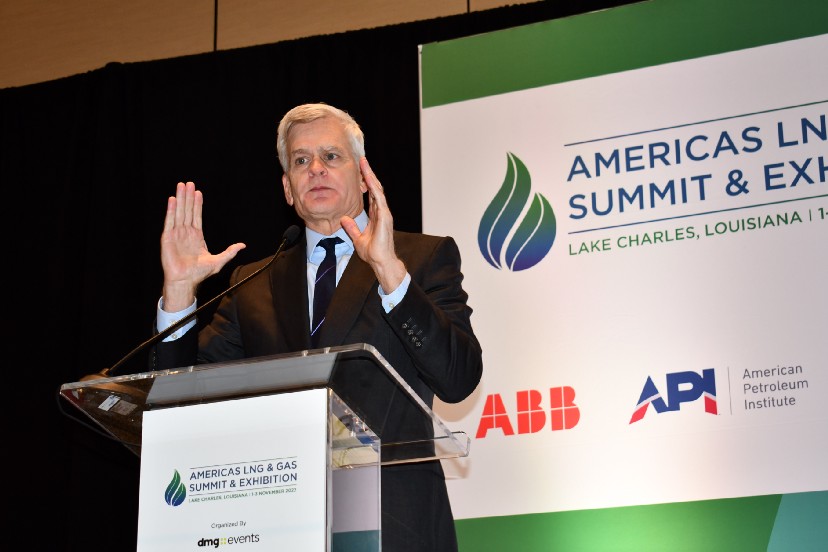 Louisiana Lt. Governor Billy Nungesser spoke next. Lt. Gov. Nungesser stated that his job is to promote tourism, and then without missing a beat gushed the praises of LNG, as though they’re the same industry and connecting them is perfectly natural. As “natural” as gas, apparently. He also took the opportunity to discuss his version of “coastal restoration” in which he got back levy’s approved as flood protection. 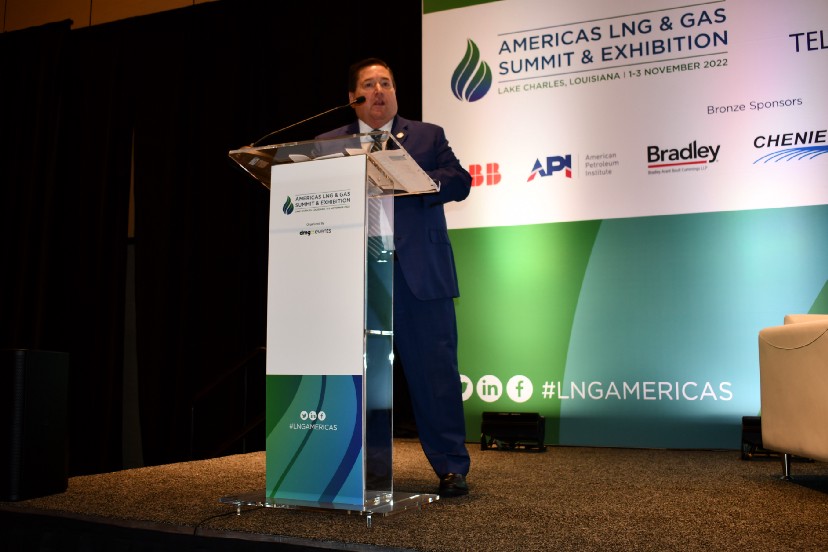 The keynotes closed out with Lake Charles Mayor Nic Hunter and the Deputy Minister of Economics for Latvia. Mayor Hunter welcomed the LNG industry, but didn’t gush over the industry the way the two before him did. The Latvian official spoke of issues the Baltic states have, and revealed that their regasification capacity and storage capacity rival any in Europe.

Regasification terminals in the Baltic States

At lunchtime, the boats started arriving just off the water of the Golden Nugget, the conference venue. Then more boats — there were, in the end, at least 17 vessels on the water protesting pollution and the intrusion of gas exports into communities and ecosystems. The vessels circled the water and displayed banners. There were shrimpers, oystermen and activists all on the water. The chatter onshore was myopic. “I bet they’re using gasoline in their boats!” The point isn’t the fact that we can’t avoid that we still have fossil fuels in use everywhere in our lives. The point is that we need to transition AWAY from fossil fuels, not toward them as the LNG industry is pushing for.

From left to right: “Enough is Enough”, “More LNG? NO FRACKING WAY / SAVE THE GULF” Shrimp Boat, Heckler films the protestors from the beach, Boats circling, “Don’t Sacrifice the Gulf” with shrimpers and various vessels with fossil fuel industrial facilities in the background, shrimp boats “We won’t take the bait! NO MORE LNG IN OUR STATE” and “Cancer-causing pollution IN OUR PLAYGROUND”. 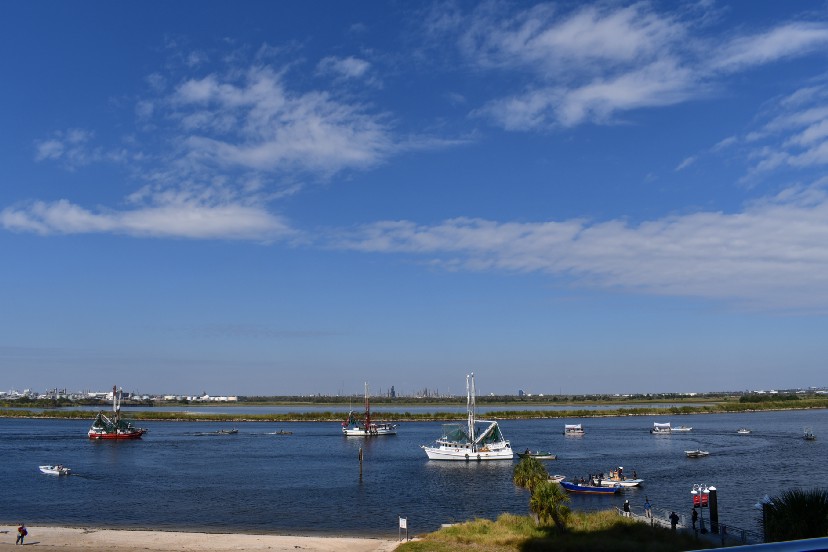 The view of the full boat parade, from the deck of the Golden Nugget Casino.