Offshore Drilling in the Gulf

The Gulf is home to the majority of offshore drilling in the United States. Where there is drilling, there is spilling. It’s time to clean up the mess the industry has created.

Offshore drilling is dirty and dangerous.

The Western and Central Gulf of Mexico accounts for 98% of offshore oil and gas production in U.S. waters. As of April 2021, the Bureau of Ocean Energy Management (BOEM) manages about 2,300 active leases offshore that cover about 12.1 million acres, although only 949 of those leases  encompassing 2.5 million acres are now producing – leaving 1,700 leases covering over 9 million acres available for future development. Offshore oil and gas operations also require thousands of miles of submerged pipelines, numerous transport vessels, storage facilities, and onshore terminals; continuing surveys with seismic air guns; drilling wells; installing pipelines and other structures on and under the seafloor and through coastal wetlands; pumping of oil and gas to the surface; fracking of wells with associated toxic chemicals; and loading and transporting oil, gas, and cargo on ships. All of this activity carries with it incredible risk and the potential for broad impacts for the residents and the wildlife of the Gulf.

The Eastern Gulf of Mexico is the only portion of the U.S. Gulf waters that is free from drilling for oil and gas and the systemic pollution created by the industry. But the area is under a perennial threat as fossil fuel companies eye the region for expansion and pressure elected officials to open the area to drilling. The area is currently protected from drilling by a Congressional moratorium that expires in June, 2022 and by a presidential executive order that can be undone by any sitting president.

The Eastern Gulf of Mexico serves as a refuge for marine wildlife as the one area of the Gulf free from the constant noise and pollution from drilling that negatively impacts whales, dolphins, sea turtles, and other protected species in the central and Western Gulf. Any drilling in the Eastern Gulf would also put Florida’s white sand beaches and tourism-dependent economy at risk from regular spills and catastrophic events like the 2010 BP disaster.

Healthy Gulf has long engaged with conservation partners and communities to hold the line against any expansion of drilling into the area. That work continues as we build support among Florida residents and businesses for a permanent moratorium on drilling in the Eastern Gulf and a transition to renewable energy that will forever remove the need to drill anywhere in the Gulf.

We must work to end all new offshore leasing in the Gulf of Mexico to stop the constant and ongoing spills and pollution, help the Gulf region transition away from a dirty energy economy, and limit the worst impacts of climate change. We can’t afford a polluting economy!

As drilling winds down in the Gulf, we must ensure that the federal government reinstates common sense, safety, and environmental oversights that the Trump administration rolled back. There is simply no justification to avoid the inevitable transition that faces the economies and communities of the Gulf. To ensure a just transition for all, we must begin now. It is time for the federal government to create a plan for a just transition of Gulf communities away from an economy based on extractive industry by requiring an analysis of the extent of employment changes from phasing out offshore drilling, and developing a broader transition strategy to keep communities whole. For example, the Department of Interior should plan for training workers to move into clean energy jobs. Additional jobs should be created around decommissioning drilling platforms, addressing abandoned wells and pipelines, and cleaning up or converting other fossil fuel infrastructure. All of these additional jobs will require skill sets held by current workers in fossil fuel-dependent jobs. Additionally, the federal government should immediately begin consulting with all affected communities to harness new opportunities and ensure an equitable transition for all impacted communities.

The Eastern Gulf needs a permanent Congressional moratorium that will legally designate the area as off-limits to drilling. This will eliminate the need to continually fight to keep fossil fuel companies out of the area and allow attention to be given to reducing and eventually eliminating all offshore drilling as our nation transitions to 100% renewable energy.

Congressional legislation to create a permanent moratorium passed the U.S. House of Representatives in 2019, but was never taken-up for action by the U.S. Senate. A new Congress that took office in 2021 appears to be more willing to limit the expansion of fossil fuels, offering an opportunity to finally enact a permanent moratorium.

To ensure a just transition away from dirty energy, we must begin now.

Healthy Gulf continues to be a leader in the Water Collaborative of Greater New Orleans.

Healthy Gulf continues to be a leader in the Water Collaborative of Greater New Orleans. We are committed to bringing additional neighborhood and church leaders into the conversation and helping them succeed at a grassroots level to reduce street flooding, subsidence, and street runoff pollution.

Help protect the Gulf Coast from oil drilling and spilling! 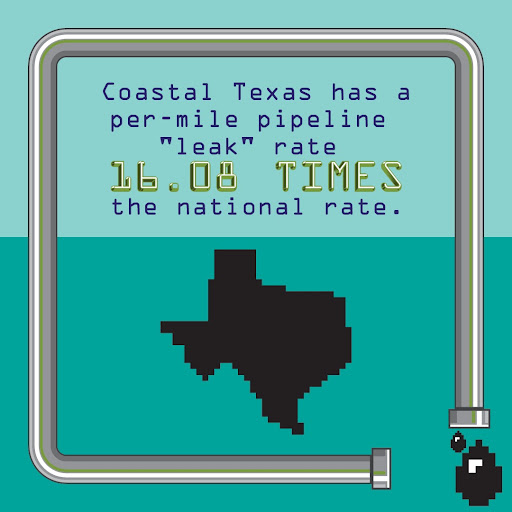 August 26, 2021
According to the Louisiana Governor’s Climate Initiatives Task Force, 66% of the carbon pollution is…
READ MORE

Taylor Energy: We’ve got the Receipts, now Kill the Wells

For over 16 years, Taylor Energy has leaked crude oil into Mississippi Canyon Block 20,…