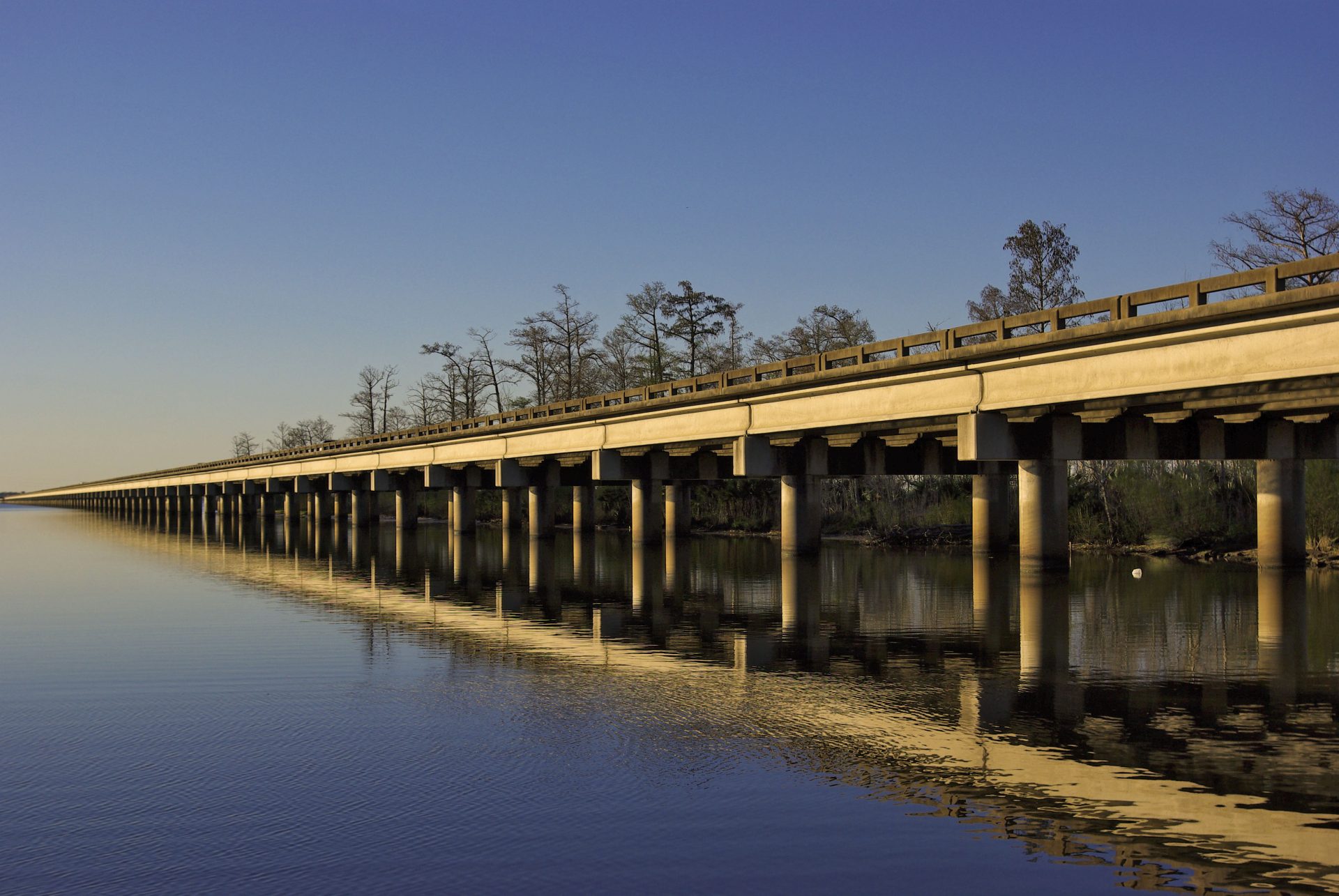 The way the Mississippi river flood structures are managed creates problems for downriver communities and waterways.

For the first 77 years of its existence, the Bonnet Carré Spillway Was opened approximately once every ten years. In the last nine years, The spillway has been opened six times, including twice in 2019.

The Bonnet Carré Spillway (Spillway) is a flood-control project on the lower Mississippi River operated by the Mississippi River Commission (MRC) and the U.S. Army Corps of Engineers (the Corps), located  approximately 33 river miles upstream of New Orleans. The Spillway was intended as a relief valve for the river to reduce the risk of flooding in New Orleans by diverting a massive amount of river water from the Mississippi River into the Lake Pontchartrain Basin and eventually into the Mississippi Sound. The river water carries a heavy pollutant load, causes salinity levels to crash, and is colder than the warm waters in the receiving lakes and sound, causing an array of impacts that adversely affect wildlife and destroy habitat. In 2019 alone, when the Spillway was opened twice for a total of four months, oyster beds were destroyed, hundreds of dolphins died and washed ashore, and  the U.S. Department of Commerce declared a fisheries disaster as a result of the damage done to commercial fisheries.

The frequency in which the Spillway is opened and the duration of such openings have also increased. For the first 77 years of its existence, the Corps and MRC opened the Spillway on average approximately once every ten years. In the last nine years, the agencies have opened the Spillway six times, including twice in 2019. And as more extreme storms and varied weather increase the number and intensity of floods in the lower Mississippi River valley region, it is likely that the federal agencies will continue to open the Spillway more frequently and for increasingly longer duration.

Complete the comprehensive formal consultations required by the Endangered Species Act for all threatened and endangered species that may be affected by operation of the Spillway prior to future Spillway openings. The Endangered Species Act (ESA) requires the federal agencies to complete a formal ESA consultation to evaluate the impacts of Spillway operations with the U.S. Fish and Wildlife Service (FWS) or the National Marine Fisheries Service (NMFS) for endangered and threatened species, and their designated critical habitat.  Once completed the consultation can highlight modifications of Spillway operations needed to protect imperiled species and critical habitat. Because the agency has opened the Spillway six times in the last nine years and predictions are that more extreme storms and varied weather increase the number and intensity of floods in the lower Mississippi River valley, there is an urgent need to complete formal consultations and change Spillway operations to protect imperiled species and their habitat before the Spillway is opened again.

Create a Comprehensive Management Plan for the Lower Mississippi River.

It’s time to change the way we manage the Lower Mississippi River.

Healthy Gulf members are calling upon the Mississippi River Commission and the Army Corps of Engineers to:

WHAT YOU CAN DO

November 16, 2020
This is a report on some of the restoration subjects covered at MDEQ’s 2020 Coastal…
READ MORE

Fight over restoration dollars in MS

September 11, 2019
At the Sun Herald newspaper’s recent Community Forum on the opening of the Bonnet Carre…
READ MORE
Donate
Donate